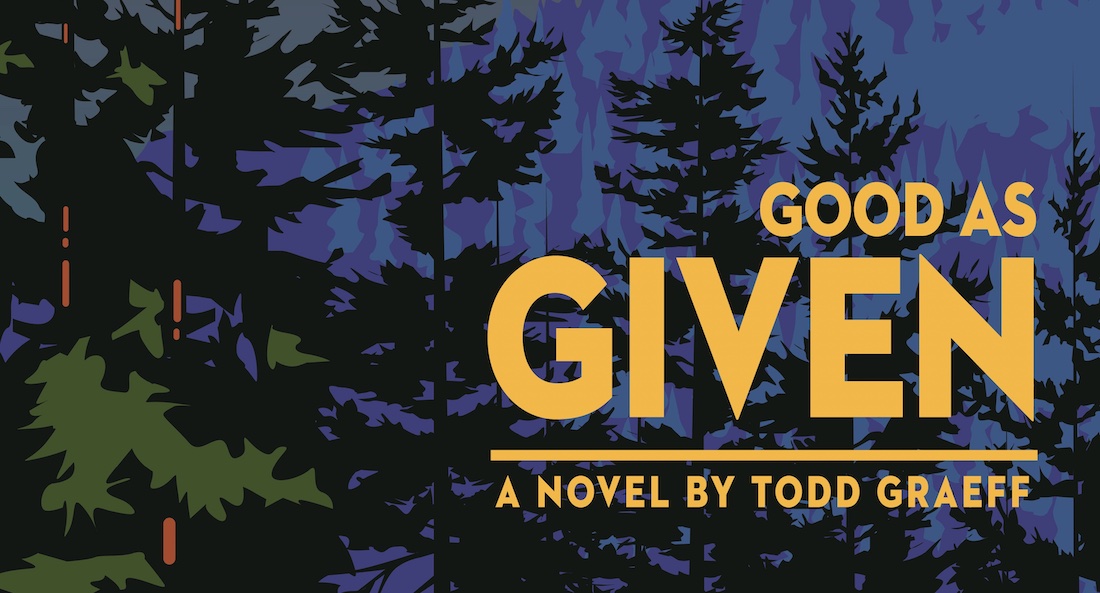 At the apex of his career, Doug Diehl becomes superintendent of the Arctic National Wildlife Refuge in Alaska, and just in time to watch Congress drill it out from under him. The largest refuge in the country. The largest terrestrial megafauna migration on the planet. Turned into an oil patch, and on his watch. And now he has to live with it. If he can.

This debut novel by Boise author Todd Graeff promises to be a page-turner: Rick Arranger of Limberlost Press says, “I don’t know of another environmental novel since Ed Abbey’s that can get your hackles up the way Good as Given does.”

If this is your cup of tea, find Good as Given, with it’s unmistakable cover art by Ward Hooper, at:

More about the author

An aficionado of the anything-worth-doing-is-worth-overdoing school of compulsive behavior, Todd Graeff has dedicated his first 73 years to conserving wild places, pursuing adventure beyond the borders of good judgment, and writing about his more harrowing experiences. While his non-fiction and fiction have been widely published, Good as Given is his debut novel. Todd, his wife Mary, two high-test English setters, and one lap dog live in Boise, Idaho, where he continues to push the boundaries of good judgment.